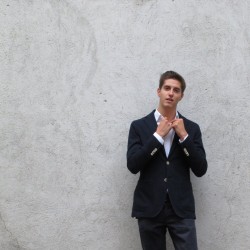 Hi. I am an Italian Postgraduate student, living in London. I am interested in meeting new and interesting people. Feel free to contact me!

The world says: "You have needs -- satisfy them. You have as much right as the rich and the mighty. Don't hesitate to satisfy your needs; indeed, expand your needs and demand more." This is the worldly doctrine of today. And they believe that this is freedom. The result for the rich is isolation and suicide, for the poor, envy and murder.

-----------------------------------
And life? Life itself? Was it perhaps only an infection, a sickening of matter? Was that which one might call the original procreation of matter only a disease, a growth produced by morbid stimulation of the immaterial? The first step toward evil, toward desire and death, was taken precisely then, when there took place that first increase in the density of the spiritual, that pathologically luxuriant morbid growth, produced by the irritant of some unknown infiltration; this, in part pleasurable, in part a motion of self-defense, was the primeval stage of matter, the transition from the insubstantial to the substance. This was the Fall.